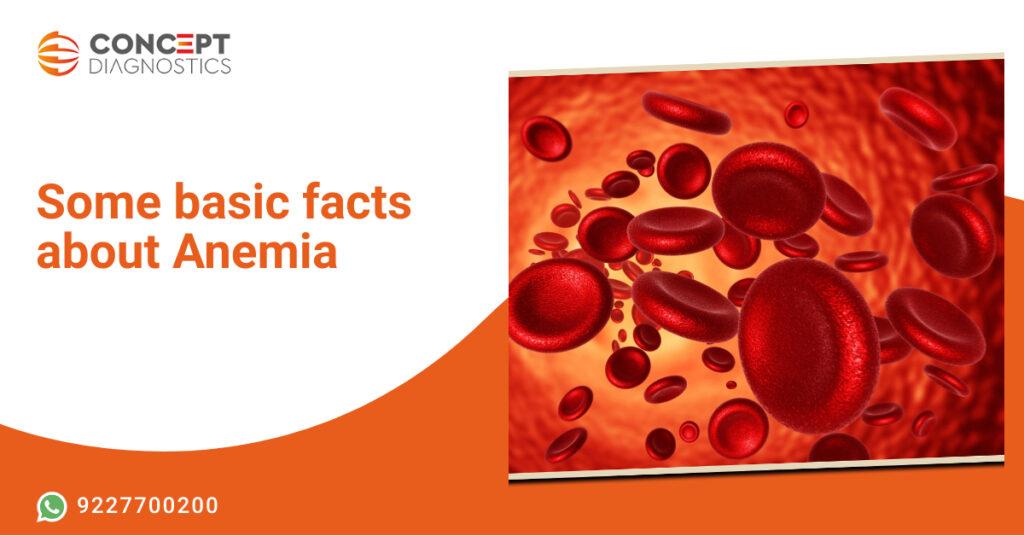 Some Basic Facts About Anemia

Anemia is a medical condition marked by the smaller number of red blood cells and lower concentration of hemoglobin in red blood cells than it should be. Hemoglobin performs a vital role in one’s life as it carries the oxygen and supplies to all over the body. Therefore, insufficient hemoglobin leads to decreased capacity of blood to carry the oxygen to the body’s tissues. This disorder can be the result of various underlying conditions such as pregnancy, poor eating habits, iron deficiency, lack of RBC production, destruction of RBC at high rate, extreme blood loss, deficiency of nutrients, folate deficiency, vitamin B12 or A, infectious disease such as TB or malaria and cancer in rare case.

Symptoms of anemia are often not noticeable at first but common symptoms are nausea, tiredness, weakness, breathing difficulties, dizziness. As per WHO,” Anaemia is a serious global public health problem that particularly affects young children and pregnant women. WHO estimates that 42% of children less than 5 years of age and 40% of pregnant women worldwide are anaemic.”

On top of everything, you must not wait for the symptoms to come up first but you should get regular health checkups. There are many conditions which invade our body with invisible symptoms and worsen our body meanwhile. When it reaches the last stage, symptoms come to the light but till then it becomes too late.

#Anaemia#Anemia#Bloodtest#HealthCheckup#Hemoglobin#RegularCheckupFullBodyCheckup
What If You Have Vitamin B12 Deficiency?
Why is it important to have a hearing test?

Not sure which tests to take? Share your prescription with us and our team will call you to book tests for you.